We Will Not Be Controlled

Never Again!  Protest is Our Prayer 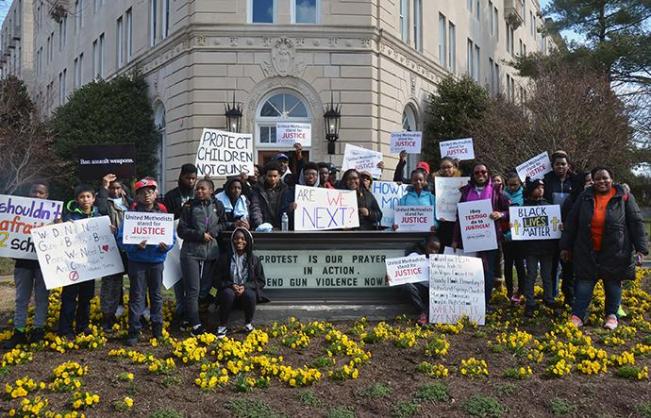 On this Monday of Holy Week, reflections on the events that led to the death of Jesus merge with events that are taking place today.  As in Jesus’ day, today’s ruling Powers are entrenched in control by domination and violence.  People who seek to change the dominant system and make it more compassionate are maligned and persecuted, as Jesus was.  He was put to death after he drove out the money changers from the Temple, challenging the economic system upon which the Roman occupation of Jerusalem was maintained.

Today it is our youth.  Some are congratulating them for their activism, but they are also being insulted and called names for marching for their lives, standing up to the ruling Powers, and demanding reasonable gun laws and safe schools.  When these demonstrations of active democracy are maligned or called naïve, while our political process is dominated by corporate front groups like the NRA, we are in dark times indeed.  Meanwhile, gun manufacturers and their political advocates accept very minor gun-control policies that they know will increase gun sales. (See the March 2nd Time Magazine report:  Gun Maker Says Sales are Plunging.)

Nevertheless, young people are stepping into leadership, raising their voices, and calling for an end to gun violence, including shooting deaths (often of young black men) by police.  They demand that adults act and that lawmakers establish policies to protect them from being shot and killed in their own schools.

In my own community, many students joined in the nationwide school walkout, some with support of teachers and administrators and some on their own.  I’ve talked with several of them.  One student told me that their school let them make signs, but they couldn’t have words or images related to guns.  Another told me that the teacher said that since it was raining, they could march around the halls, but later relented and they did go outside.  One girl told me how she overcame her personal self-doubt when the marchers she was with turned around and she found herself in the lead.  She didn’t feel like she should be leading the march. She felt like fading back and letting someone else take the lead, but she stayed the course, letting her values guide her instead of her fear.

Many people, including me, believe that there would be less gun violence if there were stricter gun control laws, background checks, mental health services, and (not often mentioned) greater economic and social equity.  Some people are feeling more hope for the future because of this uprising of student activism. I, too, applaud the spirit of these young people and rejoice that they are awakening to what is at stake and coming into their own power.  Every so often there is an uprising that catches fire and kindles a spirit of hope and activism for the sake of a better world.  Every so often a time comes around when “the politically impossible suddenly becomes possible” (Naomi Klein).  This is such a time.

But adults, now it’s on us.  Youth can take the lead, and they may well be the ones who will change the world.  But we can’t just cheer them on.  We must act as their allies, acting in solidarity with them.  We, too, must show courage.  We, too, must speak out, in our homes, at work, in our places of worship, no matter how entrenched these institutions are in the status quo.  We, too must demand action in our communities, in public spaces, and to our legislators. The kids shouldn’t be the only ones to say “Never Again.” They shouldn’t be the only ones to say “We call B.S.” to the conventional wisdom that weapons of war should be easily acquired or to challenge the paralysis of lawmakers because they are in the pockets of the NRA.

Adults, too, need to extend their support, experience, expertise, and resources to this movement.  We need to join with our young in taking action that will make true the call, “Never again.”

Lent:  A Call to Resist 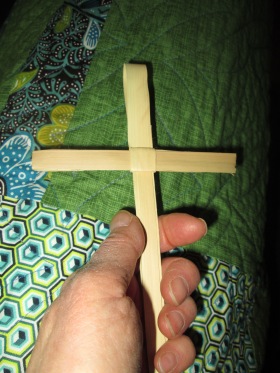 This post was published at the beginning of Lent last year, 2017, as “A Lenten Call to Resist.”  It is the first post of a Lenten series that offers a progressive Christian understanding of Jesus’ life, death, and post-death appearances.   The links to the other posts in the series are below.

We enter the season of Lent at a time of peril in our nation and world.  People are rising up, some emboldened by the presidency of Donald Trump and the ascendancy of the alt-right, and some determined to stand in the way of injustice and oppression in all its forms.  Christians have a particular responsibility, since without the high turnout of white Evangelical voters Trump would probably not be president today.

As Christians, where we stand politically has a lot to do with how we understand the meaning of Jesus’ death.  “The word of the cross” is at the heart of Christian faith.  We might prefer going from the glory of Transfiguration Sunday to the joy of Easter without reflecting on the drama that leads to Jesus’ suffering and death.  But as Dorothee Solle said,

“Naturally one can develop a theology that no longer has the somber cross at its center.  Such an attempt deserves criticism not because it bids farewell to Christianity as it has been, but because it turns aside from reality, in the midst of which stands the cross.”

The execution of Jesus was not a one-time thing.  Christ continues to be crucified as today’s ruling Powers enlist human beings in their service, subject the most vulnerable to abuse and oppression, wreak violence around the world, and plunder the earth for their own gain.  Our goal during Lent is to remember the path Jesus walked and accompany him on his way to the cross, to fully surrender to God as he did, and to act in solidarity with those who are being crucified on the cross of Empire today, as he was so long ago.

My blog postings during this season focus on how people who seek to follow Jesus can throw off despair and complacency, expose disempowering and hate-filled teachings that claim to be Christian, and reclaim the gospel (good news) as a force for peace, justice, and the healing of the earth.  If you follow this blog, please post your comments.  I look forward to hearing your thoughts.

This series, A Lenten Call to Resist, includes the following posts:

Jesus Was Not Born to Die

The Suffering God:  Where Humanity is Crucified

Creation Crucified:  The Passion of the Earth

Conventional Wisdom:  The Wisdom of This Age

Resurrection:  The Mind of Christ 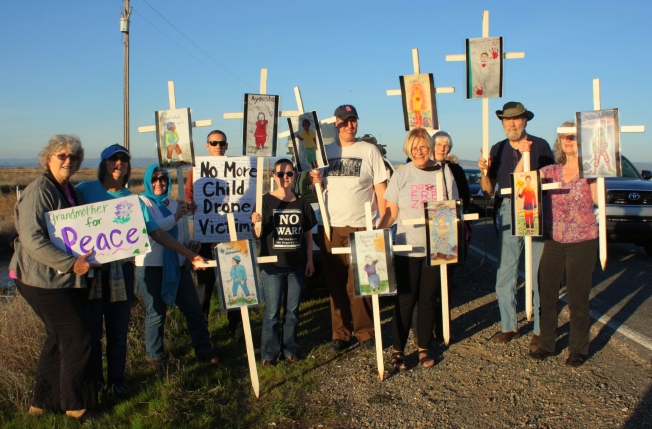