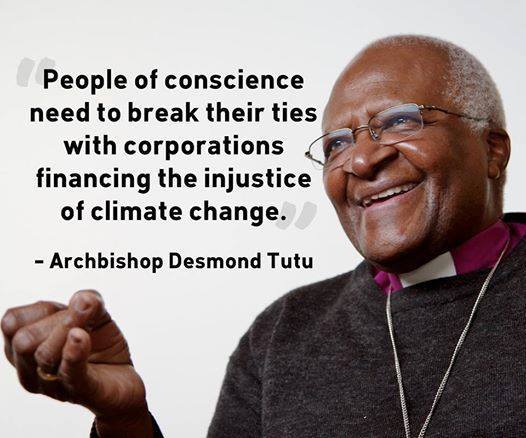 Resolution in support of an investment screen expressing United Methodist Social Principles on The Natural World.

Whereas unintended consequences deriving from attempted directives to divest from certain industries for social purposes include the possibility of legal liability for the violation of trust agreements, and

Whereas the United Methodist Church has had a strong and historic positive experience guiding investment decisions by adopting screens within its investment policy that state principled objectives rather than “picking stocks”, and

Whereas the desire to reflect our social principles in investment applies not only to General Agency funds, but also to Annual Conference Foundations and other endowments, United Methodist institutions and local churches,

Therefore Be it Resolved that the California Nevada Annual Conference Committee on Advocacy and Justice, Conference Board of Pensions, and Council on Finance and Administration convene a consultative process with the General Board of Pension and Health Benefits to explore an investment screen which would guide United Methodists’ investment decisions specifically related to The Natural World (¶160) section of the Social Principles, and

Be It Further Resolved that the goal of the consultative process be a progress report at the 2015 California Nevada Annual Conference Session and the timely submission of General Conference legislation for the denomination as a whole.

I’m still resting up after last week’s trip to Burlingame for the 2014 California-Nevada Annual Conference of the United Methodist Church.  I took three of my grandchildren with me.  They attended the Annual Conference youth program during the day, and we spent time together at night.

Alex and Malina, both ten years old, were recognized by Bishop Warner Brown for raising money, rolling coins, and bringing it forward in a big jar for the “Imagine No Malaria” campaign, which provides nets for children in Africa. Alex spoke to the group (about 1000 people) and answered the Bishop’s question of why he had worked on this. Alex said (to great applause), “There’s no difference. They’re just like us.” The Bishop gave them each a big hug. Malina said later, “He was proud of us.”

I had drafted two of the resolutions that conference attendees worked on during the day.  The first, “A Call to Stop Drone Killings,” passed on the Consent Calendar with no debate.

The second, “Go Fossil Free,” was a call to our United Methodist Board of Pensions to divest from fossil fuel companies as a response to climate change.  It passed in the preliminary voting Section with a two-thirds favorable vote.  It would probably have passed on the floor of Annual Conference, but with much debate.  After brainstorming with colleagues, another approach came to mind.  A substitute resolution was drafted: “Resolution in support of an investment screen expressing United Methodist Social Principles on The Natural World.”  Instead of urging the Board of Pensions to divest from oil, coal, and gas companies on a company-by-company basis, this substitute resolution engages several of our Conference Boards in a collaborative effort with the Board of Pensions to establish an across-the-board screen that would accomplish the same thing.  I spoke in favor of the substitute, and it passed with no debate.   The resolution also calls for a report to be made at next year’s Annual Conference and “the timely submission of General Conference legislation for the denomination as a whole.”

I’ll be posting each of these resolutions here within the next couple of days, along with the rationale behind each of them.  I’ll also write more about the process of changing the fossil fuels divestment resolution to a resolution on establishing an investment screen.

Other important resolutions also were passed, including “No More Deportations,” “Comprehensive Immigration Reform,” “Healthcare for All,” “Truth in Imports from Palestine/Israel,” “Prison Reform:  Ending Mass Incarceration.”  We also passed a “Resolution on Conflicting Mandates,” which prioritizes our denomination’s principles of inclusion above exclusionary and discriminatory statements related to GLTB people.  Our Annual Conference is strongly inclusive, and this resolutions is a reflection of that inclusiveness.

Good work, and fun times with the kids.  And now that I’m home…  more rest. 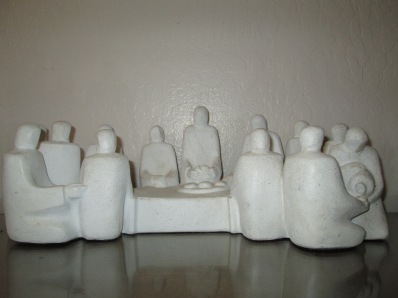 I’ve been doing a lot of clearing lately:  clearing out the “granny cabin” and fixing it up for a friend, clearing out boxes of stored items, sorting closets and cabinets, clearing out extraneous “stuff” from our house and yard, throwing out junk and giving things away.  At the same time I’ve been letting go of several ongoing responsibilities and clearing my calendar of all but the most important things.

It’s time.  I’ve been through a period of sustained activity, with deadlines and hurdles along the way.  Part of the pressure that has kept me going is concern for the world.  As I wrote in Shaking the Gates of Hell, I fear that the Powers that Be are creating a living hell on earth, and that we the people, sustained by Spirit, are the only ones who can turn things around.

The key for me is “sustained by Spirit.” Running on adrenaline and caffeine doesn’t work well for me in the long run.  It depletes my energy and leaves me exhausted.  I need some time every day for spiritual replenishment.  And periodically I need to step back and take a thorough inventory, to re-examine my life, relationships, activities, and priorities.  Now is such a time.

I came across the following poem recently, called “Clearing,” by Martha Postlewaite:

Do not try to save the whole world

or do anything grandiose.

Instead, create a clearing in the dense forest of your life

and wait there patiently,

until the song that is your life

falls into your own cupped hands

and you recognize and greet it.

Only then will you know

how to give yourself to this world

so worthy of rescue.